Rebirth: An App of Ice and Fire

If you read my blog for any of the Saga of Servlets series, then I hope that you're excited I'm returning to the application I put together for it. This time, it's as a conversation piece in regards to some of the build process modernization I engaged in recently, in order to unify the code base in its git repository. In any case, it's helping pave the way forward before I update some of the back-end elements, when it will again be a talking point for some additional rework and optimizations.

When my App of Ice and Fire (viewable here: iceandfire.mybluemix.net on Bluemix) was last left off, it had an Angular 1.x application as the front-end, with a gulp driven build process to optimize all the front-end assets, and was backed by some excellent servlets (extending DesignerFacesServlet) which were talking points for the previous entries in the series, which focused more on general premise of servlet construction and application structure with XPages and Domino. Sadly, the application was left to sit for several months, which was approaching the better part of a year now. During this time, several new frameworks came out; specifically the release and popularity of React, Angular 2's release, and my current favorite, vue.js, not only started gaining popularity, but hit its version 2.0 as well. Additionally, I got on the bandwagon of switching to using npm scripts as the primary build pipeline; an approach that makes the dependencies, builds, and build-related actions all rather self-contained and neat. In other words, it was time for something new. 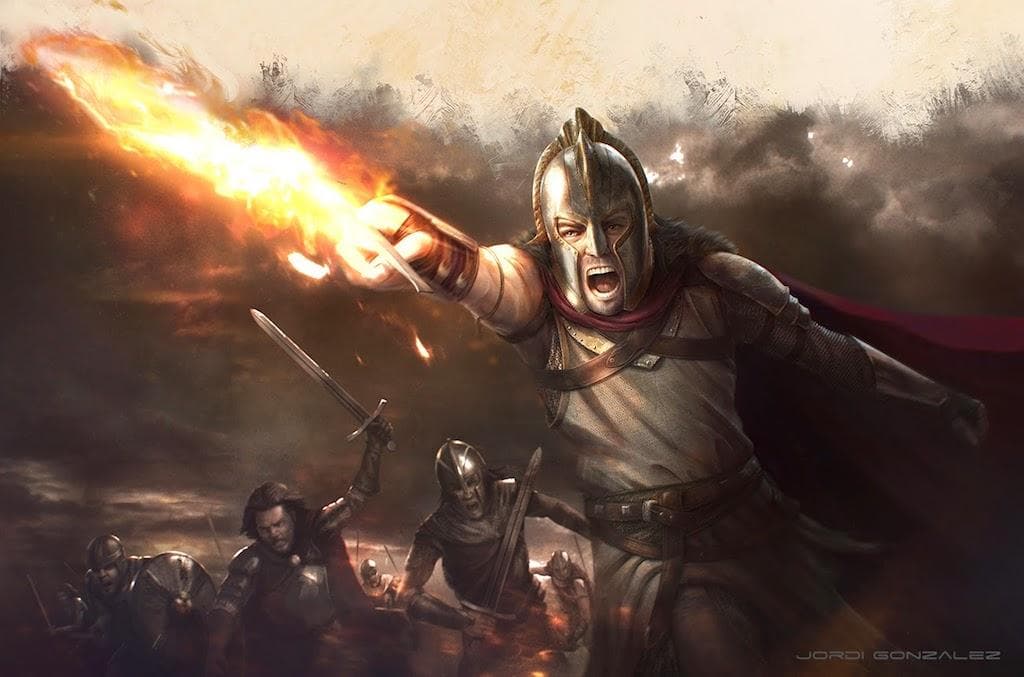 Hyrkoon the Hero, with Lightbringer in hand

The largest changes, from the front-end perspective, are in the implementation of the front-end assets and the build pipeline that includes them for use. For a break down, here's a quick description of my npm scripts, which can be viewed in full here.

You can see the postinstall script, which runs immediately after install; so when a user runs npm install and pulls in the dependencies, it will be kicked off immediately following it, without need for the user's intervention. One major thing of note is that while bower is still in use, this makes it more seamless, unobtrusive, and easy to switch to an alternative solution some day.

The fix-fa scripts perform the removal of both the ?v=4.7.0 (the currently specified version) and ?#iefix&v=4.7.0, which have been known to cause issues with being loaded from XPages. They are split apart into fix-fa:ver and fix-fa:ie, run together by the "parent" task. Of note, I had to escape both the special characters and also the escape character, as that's how the replace tool I implemented needs it.

The build and build:watch tasks both do what you would expect, but now my gulpfile.js is considerably cleaner, with only the build specifics defined as gulp tasks.

The most complex npm script is the dev script, which:

Aside from being a bit of a populist move at the moment, it's good in that you can boil down your npm scripts to just a small handful of truly worthwhile scripts. A user can generally remember that npm run dev will run the watch and live-reload environment, with npm run build being the one-off build task, and npm run clean the clean command to remove the built assets. If nothing else, they're more easily documented in a project's ReadMe file.

There is absolute benefit to being able to make use of both the npm ecosystem for the various packages to perform the required tasks involved. I didn't have to write my own cross-environment supported script to do any of what goes on in the npm scripts, let alone something as complex as concurrently, which manages the task of performing simultaneous commands or npm scripts. Anything I can run from the host (and require as a dependency) from the CLI is available to be used. This is quite powerful and, once properly configured, should seem somewhat straightforward.

In the future, I have plans to refactor the front-end portion of the app, along with addressing some of the concerns such as my copying all the library assets into ODP/WebContent/libs/, which is inelegant. This should set up a blog post or two covering these topics. All in all, it's a rather usable scenario at the moment.

How to Check it Out

The repository itself is the best place to have a look. You can also find the v1.0.0 release information a decent place to look.

This may just be a node fan's nerd-ing out, but I think it shows how to improve the build pipeline for a given application over time, to make it more manageable and easily run by the user/developer. I'm sure I'll come back to this app in the future, so stay tuned, as there are good things ahead.